…to all who supported our crowdfunding campaign in March! The pre-orders and generous donations we received completely cover the cost of mastering and CD production as well as part of the marketing costs!

You can still pre-order With The Beetles on CD or LP HERE!

With The Beetles is recorded and mixed – towards mastering, manufacturing and marketing we need some more money, and YOU can help us by pre-ordering the album on CD or LP (or by making a donation) HERE!

Here you can get glimpses of some new songs – „Honey Bear“, „Guillotine süße Trine“ and „With The Beetles“ – as well as some from the first album, as performed at Culture Container in Berlin in November. Featuring the great Jan Gropper on flugelhorn. 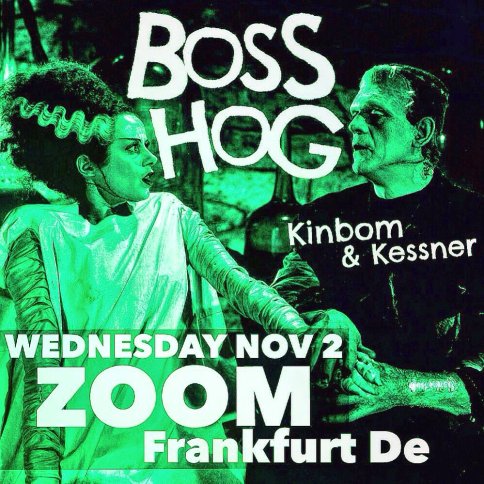 Featuring Ned Collette guesting on guitar, Fredrik Kinbom’s brother Valter on percussion (playing the Aludu – his own invention), plus the stars of last month’s video – Hannah Miller and Mike Simmonds.

15 September 2016: Video from recordings in England

In August we went to England to record cello, violin and viola for „With The Beetles“ with the great Hannah Miller (Moulettes) and Mike Simmonds (Nick Cave, Alice Russell, Bonobo). Here is a glimpse from the sessions.

17 August 2016: Video from trumpet recording session for the new album

Here is a little glimpse from our recording session with Jan Gropper. Jan played some beautiful trumpet and flugelhorn on a couple of songs.

What do these Georges Brassens LPs and this 1822 French edition of „Gulliver’s Travels“ have in common? Come to THEATERSTAAT – Ein Fest in Berlin on Saturday 20 August to find out.

Outside Kinbom & Kessner’s little studio window in Berlin there is a cemetery. A fairly modest cemetery, which was split in half by the building of an Autobahn. In this cemetery, there is a plot of graves where civilians killed during the last weeks of World War II are buried, where small beetles crawl around. The title track „With The Beetles“ does not only remember the past, but also that the world is still at war:

„With The Beetles“, the second album by Kinbom & Kessner, deals with political and social issues of our times, but also – especially musically – with the beauty that can be found in everyday life. Elements of spiky Brecht/Weill-style waltz, dark udu drum grooves and Fredrik Kinbom’s pushing of the lap steel guitar into new territories makes for an intriguing musical setting that spans a wide variety of tempos, textures and moods.

Updates and musical previews will appear regularly here on this page during the production of the album.

Another glimpse into the making of the second Kinbom & Kessner album.

Kinbom & Kessner’s second album is in production! Ten new songs are shortlisted for the album, which has the working title „With The Beetles“. In this new „News / Blog“ section we will post updates on the recording process, and to start with, here below are some photos and videos.

Some of the songs or instrumental versions thereof could be heard at the premiere of Theater.Macht.Staat’s play „Eine Kleine Machtmusik“ at Berlin’s UFA-Fabrik on 15 June, and in this teaser video for the play you can hear some of that music too (segments from the songs „Lithium“ and „Honey Bear“ (unmastered rough mixes)):

This album is looking to be more energetic and upbeat in style than the debut album „Lieder von Liebe und Krieg“ and will feature a wider range of instruments – so far sessions has included drumming by Andrew Zammit (Gemma Ray) and a visit to a Berlin church where the pipe organ was recorded for a couple of songs: 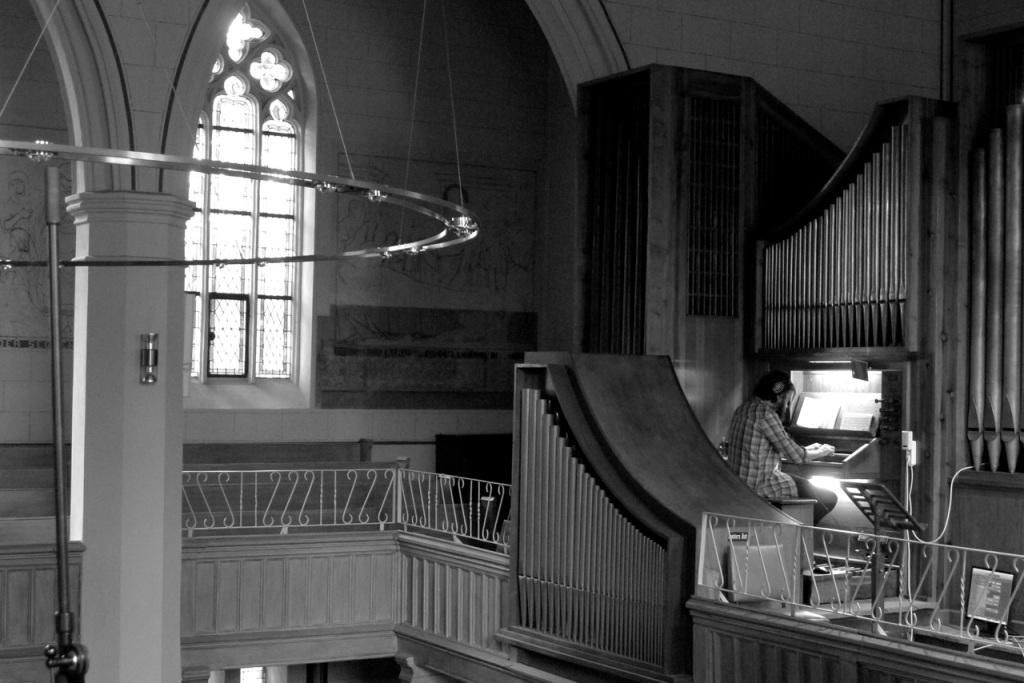 There will also be notably more of Kinbom’s lap steel playing on this album than on „…Liebe und Krieg“ – here is a little glimpse of the lap steel overdub recordings for the song „Sigurd Zuheegen“:

Watch this space for more updates and audio/video previews!